skip to main | skip to sidebar

How good do you think the book was? 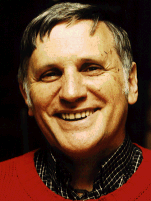 John Marsden is one of Australias most well known and celebrated authors. He is the author of numerous best selling books including 'TheTomorrow' series, which we are doing an assignment on. Preceding is the Ellie series of which each follow a group of teenagers trying to live a suitable life in a Warzone.
The book, "Tomorrow, when the War began", is based on a group of 8 ordinary Australian teenagers who set out on what seemed to be an average camping trip, not knowing that they are to embark on the most exuberant and accelerating adventures of their entire lives. There, they develop life skills friendships, rivalries, endure the ravages of war, and fight their way through hell and back in an epic struggle to survive the destructive warzone that is Wirawee, Australia.
Posted by Tomorrow When The War Began at 2:16 PM

Tomorrow, when the war began 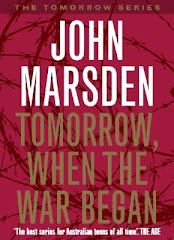 Links to websites that relate to the book

Below is a link to the home page of a website dedicated to the memory of Jessica Lincoln Smith, a John Marsden fan.

A link to John Marsdens actual website based in Aussie

And also the direct link to the characers section of the page.

And also an exciting preview of the up and coming movie, "Tomorrow, when the war began".

Tomorrow When The War Began
This Blog is based on the book "Tomorrow, when the War began", by John Marsden. And we have created this blog for an assignment that we are being assessed on in English.